How a picnic is based on facts about giftedness

As we near the beginning of each school year, Grayson holds a family picnic so new students and families can meet returning families, allowing our growing community to start to knit together even before the first bell rings.  Why do we make the effort to hold an event whose purpose is merely social before we even start the year? Because the gathering of these children together is crucial — not just to provide sufficient academic and intellectual challenge, but also for their social-emotional development.  While feeding their brains is imperative, nurturing their social-emotional development is of equal import, and we know that social-emotional comfort in a school — especially a small one like ours — is a crucial part of preparing the ground so they can truly flourish intellectually.

How do we know this? There’s plenty of research to explain where this comes from, but perhaps the easiest way to understand its fundamental place in a school for the gifted is through the simplest concept that even our youngest schoolchildren understand: friendships.

Gathering in numbers because of giftedness by the numbers

Gifted children are, by definition, rare. One commonly-accepted “threshold” of giftedness is an IQ at least 2 standard deviations above the mean (100), which is 130+. A child scoring a 130 is in the 97.72nd percentile, and such a score occurs once in 44 children.[i] 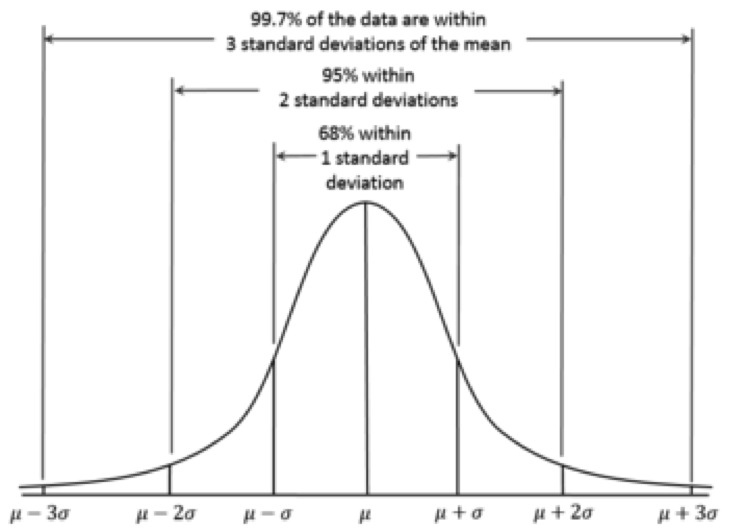 A child with IQ 145, which is 3 standard deviations above the mean, is in the 99.87th percentile of scorers, and occurs once in 741 children.

(In case you’re wondering, the actual statistical occurrence of a “one in a million” IQ score is approximately IQ171-172.)[ii]

The average American public elementary school teacher has 24 students in her classroom per year, so statistics predict that she would have to teach for 1315 years to come across a profoundly gifted student with IQ160. Even the principal of that school, which averages 446 students in the US, would have to work over 70 years to encounter just one such child… meaning that it is highly likely — if not certain — that a school principal could go his or her entire career without ever seeing such a child at all.   (It’s enough to make you feel sympathetic about how difficult it must be for them to accommodate such a rare creature, akin to a unicorn set adrift in the muggle world.)

Now, how do these fascinating statistics apply to our very simple concept? Conveniently, the math on this part of things is much simpler. If you are a child with an IQ of 130, you have a slightly better than 50% chance of finding another child like you in your classroom (that probability = 1/44, but since there are 24 kids in your classroom, it’s really around 54.5%). In most elementary schools, remember, students stay with the same generalist teacher most of the day, across all subjects — so aside from recess and lunch, you will probably not mix very much with children the same age from a different classroom, and so you probably won’t find run across someone else your age with the same intellectual capability.

(Don’t despair, though: schools generally remix the children every year, so the next year, you have another 54.5% chance of having someone intellectually “like you” in the room. I’ll keep my fingers crossed for you.)

Hey, you may think — over 50% sounds pretty good, right? Well, yes — if you are on the winning side of that probability. But it’s entirely possible that you could go several years in school without a companion like you in your classroom at all — imagine Kindergarten, first grade, second grade, etc., like flipping a coin and getting heads over and over and over again — that’s a very long time for a child. Remember, relatively speaking, that a child who has that experience is only about 8 or 9 years old, so that’s a THIRD of their life. Worse yet, it’s the third when other children are learning how to make friends and to connect with others and share interests, but this child may not be able to do that. At all.

As you can no doubt extrapolate, the numbers and probabilities — and options for friendships — are much more depressing at higher IQs; no profoundly gifted child has 70 years to spend in elementary school to meet someone like themselves. Research shows us that “the higher the ability, the higher the risk of social difficulty” for these children.[iii] They spend a great deal of their time trying to manage what Miraca Gross calls the “forced-choice dilemma” of either having friends or feeding their intellect, a choice which leaves them feeling like part of who they are is wrong or broken or unwanted, either way.[iv] In a pessimistic but on-point observation, counseling expert Nancy Robinson observed that “issues of difference pervade the lives of gifted children,” no matter where on the IQ continuum they fall.[v] We know from study after study that “high IQ children [report]… that they did not have enough friends, and that being smart made it harder for them to make friends.”[vi]

One of the perennial and most important tasks of childhood, the most basic, biologically wired-in impulses in our species — connecting with others — may be tremendously difficult for these children who otherwise have such promise and potential. Feeling alienated and isolated from one’s classmates is a pretty good reason to start hating school, even if everything academic is a perfect fit — it’s a recipe for disengagement, depression, and even hostility towards educational institutions. Is it any wonder, then, that researchers estimate that 25% of gifted children drop out before graduating from high school?[vii]

Time for the sunny side of this story

A picnic at a school for gifted students is, then, a magical, wonderful event. The students are thrilled to see each other after summer break, of course, and there are hugs all around for favorite teachers. But even if a third of the students are new and don’t know anyone else, they are welcomed by the returning children, who are eager to find more friends with whom they share a passion (or more than one!) — it’s like there’s some sort of Friendship Field in place, and the kids feel more able to reach out to new children than they otherwise might not. And I’m fairly sure that somewhere inside them, the “veteran” students remember what it feels like to be a new kid. Also remember, the new students are moving to a different school because the one they were in was not a good fit, and where they were likely bored if not lonely. So they would have every right to be nervous or even guarded around these unknown children.

But what we see, again and again, is quite the opposite: they are lighter, freer, and relaxed, even after only a few minutes. They exchange class schedules, and smile when they see that they share art or math or language arts, even though they’ve only known each other for a few minutes. They feel, perhaps for the first time, connected to other children like themselves. Parents and staff can often be seen wiping away tears during what seems from the outside to be just a normal family picnic. It’s worth every second of the work we put into what we do, and it’s a joy and a privilege to witness.

This post is part of the Hoagies’ Gifted Blog Hop. We encourage everyone to read more “Just the Facts” articles on giftedness.  You may also be interested in reading about the power of friendship in your child’s life.

[i] As you may imagine, prevalence figures vary by source, and also by the age of the data used to calculate them. I am using 1:44 at IQ 130 as an estimate for the sake of my examples; Miraca U. M. Gross, widely acknowledged as one of the world’s foremost experts the profoundly gifted, writes that the IQ 133 is seen at a ratio of 1:40 in this article: Gross, M. U. M. Exceptionally and profoundly gifted students: An underserved population. Understanding Our Gifted, Winter 2000. The article is also available to read on Hoagies Gifted, here.

[ii] This particular prevalence figure comes from this source: https://www.iqcomparisonsite.com/iqtable.aspx