“We’re Going to be Friends” ~ The White Stripes

The Power of Friendship

Understanding the power of friendship and the positive influence a best buddy can have on our lives, parents begin looking for kids their child can hang out with even before he or she starts talking. The hope is, of course, that friends will yield birthday party invitations, play dates and hours of shared experiences.

But finding friends for a gifted child can sometimes be difficult. For some, the issue may be asynchronous development: they may be very advanced academically but immature socially. Some gifted learners may struggle with social skills or social awkwardness.  It may be some comfort to know that this problem is not unique to your gifted child.

With a little parent input, though, kids can find social connection, and most often it’s with someone just like themselves.

“This difficulty of the gifted child in forming friendships is largely a result of the infrequency of persons who are like-minded.  The more intelligent a person is, regardless of age, the less often can he find a truly congenial companion.  The average child finds playmates in plenty who can think and act on a level congenial to him, because there are so many average children.”

Research shows that putting your child in social situations with like-minded peers is the best way to start building their companion list. In “Friendship 101,” authors Lisa Van Gemert, Gifted Youth Specialist at American Mensa and Patti Bear quote Dr. Dan Peters, co-founder and Executive Director of the Summit Center as saying: “Kids need to be mirrored — they need someone else who gets them, who values them, and who enjoys them for who they are.”

Psychologist Eileen Kennedy-Moore agrees. In “How Children Can Make Friends,” Kennedy-Moore asserts that similarity is the second most important ingredient to finding friends (the first ingredient in friendship is openness): “Fundamentally, friendship is a relationship between equals.” Unfortunately, in typical schools where students are grouped by age, the kind of “equal” that a gifted student can find is limited to someone who is the same age they are rather than an intellectual peer. 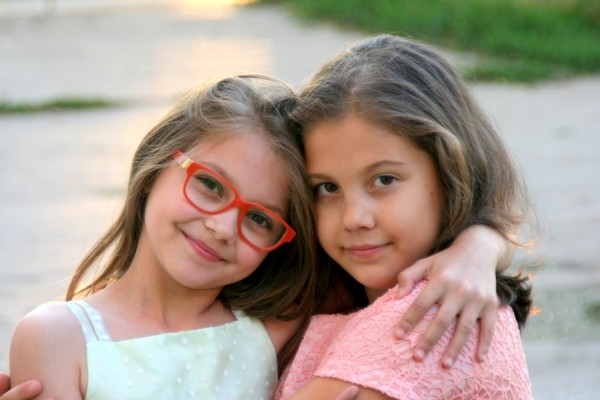 Still, parents of a gifted child may have to look extra hard to help their child find their sidekick. According to Celi Trépanier, teacher, author and a certified SENG Model Parent Group facilitator points out in her blog Crushing Tall Poppies, “With just 1% to 2% of the population being gifted, the struggle to find like-minded peers is a well-documented issue for so many gifted children.”

Finding Friends For A Gifted Child

At The Grayson School, the mother of six-year-old Jordan knows this statistic too well. Like most parents of children who learn differently, her road to finding Jordan an environment where he can be both happy and challenged, has been a bumpy ride.

“We knew Jordan was a different kind of kid from the get go,” Jordan’s mom says. “He was highly energetic with an insatiable curiosity. Unfortunately, he was curious about things that no other two-year-old was curious about, so he stuck out.”

By preschool, as Jordan attempted to connect and play with the children in his class, he quickly learned that his peers had very different interests. “His pretend play wasn’t like the other kids’ and he gravitated toward the adults who would tolerate his desire to talk about numbers, math and science,” Jordan’s mom says. “Assumptions were made about Jordan’s ability to make friends and to interact with peers, which ultimately made it more difficult for him to make friends in school. The more Jordan received the message that he wasn’t doing the right thing or acting the right way, the more he acted out and the more the other kids distanced themselves from him.” Ultimately, Jordan talked about his “friends,” but he was never invited for a play date.

Concerned about Jordan, his mom took the school’s suggestion to attend social skills groups to help Jordan learn how to make friends, a psychologist to help with the anxiety, and an occupational therapist to help manage some of the sensory issues that were “impeding his success” in the preschool classroom. All of these interventions helped to some degree, except that he still wasn’t making friends.

Eventually Jordan’s mom had him tested to better understand his needs so she and her husband could plan accordingly and get the right supports in place. “We expected to find some of what was revealed in the testing,” Jordan’s mom says, “but  to hear that your four-year-old child is profoundly gifted followed by comments like, ‘there is no good school option here for him,’ ‘he will have trouble finding a similar peer,’ and ‘it will get easier when he is about 9,’  were nearly enough to unravel us.”

Still, Jordan’s mom was grateful for the test results, and clung to a piece of hope that the psychologist handed her. “The psychologist told us that given an intellectually similar peer, Jordan did have the social skills to maintain a friendship,” she says.

It took another year to discover that the psychologist was, in fact, correct. Enrolled at The Grayson School, Jordan grew more confident, happy and comfortable in his skin for the first time in many years.

It was only a matter of months before he met Evan, a boy Jordan’s age. Together the two friends created “Number Pets,” anthropomorphic numbers with names, personalities, interests etc. “It was imaginary place on their level,” Evan’s mom says. “It’s brilliant. They just ‘got’ each other.“

“True peers are a wonderful thing to discover at any age,” Evan’s mom says. “The fact that both kids are the same age, mathy, goofy number kids, just sort of happened.”

(The names of the two boys have been changed to protect their privacy). 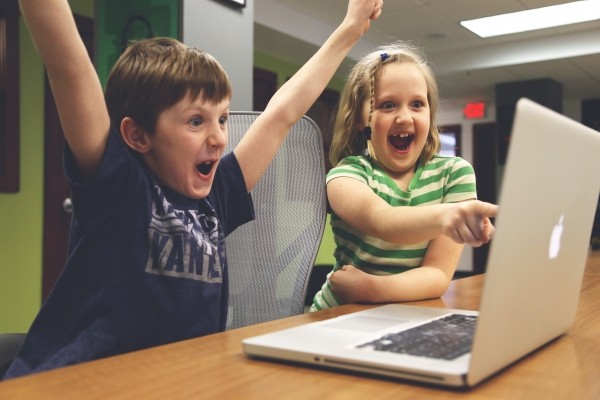 Finding Friends In All The Right Places

Many Grayson parents share similar stories with us. Here are a few ideas that can hopefully help you uncover opportunities for your own child to find that special connection.

This post is a part of the Hoagies’ Gifted Blog Hop on Gifted Social Issues.  Please visit their site to read other bloggers’ posts on this topic.