Once we reach the age of eight, IQ is a very stable psychometric measure, remaining remarkably unchanged as people shift from gifted children into gifted adults. Outside of traumatic injuries or experiences of tremendous stimulation deprivation, it is just a stubborn thing that doesn’t tend to move very much.

Even if you’re not a huge fan of IQ tests, per se, it seems intuitive to believe that people’s intellectual abilities don’t change significantly — there just aren’t commonly-heard anecdotes about people who struggled in school suddenly becoming college professors, just as there aren’t any of people who were once brilliant but now have only average intelligence (outside of Daniel Keyes’s “Flowers for Algernon,” which includes both such dynamics). It stands to reason, then, that as we grow up, we generally become… more of who we were to begin with.

Where, then, do all the gifted children go? There are millions of them in programs all over the country and around the world, but just as all successful people are not intellectually gifted, neither are all gifted people eminent and successful. What happens to them after they graduate from high school and from college?

(It is important to note here while we know that gifted children of course do not all go to college. However, the proportion that drops out of school altogether is unclear, as seeking out such a figure is like feeling around to identify a void in a darkened room; one commonly-cited figure is 18-25%.)

The answer is both simple and complicated: they become gifted adults, of course.

What characterizes a gifted adult?

Obviously, we have all met people who have tremendous intellectual firepower, and others who do not. That’s simply because the variability in intelligence that our teachers and schools attend to in school (ideally) is also stable: kids who were fast learners become adults who are fast learners, generally speaking.

Just as we have described gifted preschoolers as being inherently gifted long before schools identify them, gifted adults are simply what those children become when they grow up — sensitive, curious, intense, and often wildly insightful and funny in addition to being intellectually voracious deep thinkers. Also, of course, there is not one “type” of giftedness in adults, just as there is not in children — some are gifted in math, while some have exceptional verbal abilities, others have extraordinary visuospatial skills, and still others have seemingly endless divergent thinking capabilities.

A Needle in a Needle Stack

Giftedness in adulthood doesn’t go anywhere. It’s still there, but the context around it is often so different that it may be harder to recognize.

Gifted adults have probably had opportunities to connect with other gifted adults, either in their personal lives or at work, because unlike their children, chronological age is less relevant in adulthood — by then, we are wise enough to know that a 35-year-old can work in the same room as a 40-year-old…or even be their boss! {gasp!}

Socially, gifted adults may be significantly more comfortable than they were as children. After all, adults have the benefit of much more agency in their lives, and can make choices about what activities to pursue, including college and jobs thereafter. These choices necessarily put them in the company of people with either similar interests or skill levels; there is no longer a requirement for those who hate math to do math, much less for a prescribed number of minutes per day, just as those who hate writing likely choose a profession that allows them to avoid it.

In that sense, then, gifted adults benefit from a birds-of-a-feather circumstance in which they are likely surrounded by people with similar educational attainment and similar skills or interests. In that case, rather than being a gifted needle in a typically-developing haystack, the whole game has shifted: instead, it’s more like being an extra-pointy needle in a pile of needles. For example, in a group of random 16-year-olds, it might be relatively easy to find the one who is passionate about science.  In a group of random 35-year-old scientists, it is a significantly harder task to notice who is… sharper than the rest.

(I’m very sorry, but I couldn’t help myself. One of the characteristics of gifted children, as you no doubt know, is a predilection for wordplay, including truly terrible puns — a tendency that evidently is also stable well into adulthood, I’m afraid.)

It is important to remember that intellectual giftedness is not the same thing as achievement or high performance, whether we are talking about children or adults.  In that same group of scientists — or lawyers, or accountants, or artists, or programmers, or what have you — there are likely to be a few people who still feel a little bit different from their colleagues in some way. Perhaps it’s because they still have what lower school teachers call “big feelings,” meaning more intense emotional reactions to things, or perhaps they are perfectionists, or perhaps they are especially original, creative thinkers. Even among accomplished peers in careers that require complex thinking and problem-solving, a gifted adult may find that their whole gifted self is not entirely being well-fed — the programmer who also writes poetry or the salesperson who can while away whole afternoons tinkering in their garage may still need to look outside of their work environment to find the full measure of stimulation that their busy, hungry minds need.

A gifted mind is not quieter or less interested in learning just because it no longer belongs to the body of a child or a teenager.

Director of Project-Based Learning Ally O’Rourke-Barrett opens a Zoom meeting and is greeted by the same man she sees many times a year, at parent conferences and winter concerts — only this time, he’s wearing a soft black velvet hat and richly embroidered jerkin over a white shirt with billowy sleeves. Surprisingly, she is unsurprised by this development; she is running a simulation of the trial of Galileo — for adults — and while this particular adult may not be a Renaissance-garb-wearing person at any other point in his life, he throws himself completely into the occasion during the 6 weeks of her program.

Why would a group of a dozen or so adults spend their spare time voluntarily reading primary source material from the early 1600s and showing up to class in authentic garb? “Because it’s fun, that’s why,” says Ms. O. “They get to immerse themselves in an intellectual exercise that really has nothing to do with their ‘day jobs,’ and it’s a setup that rewards deep thinking and 100% commitment.”

In other words, just like gifted children, they are seeking out intellectual stimulation (and play, which we know is crucial for the mind and spirit) and the company of others who enjoy learning for its own sake. Having run another class, “The History of Everything,” Ms. O knows that the students she gets in her class are more than likely to do all of the reading and then some. “They throw themselves into it, no matter what you throw at them.” 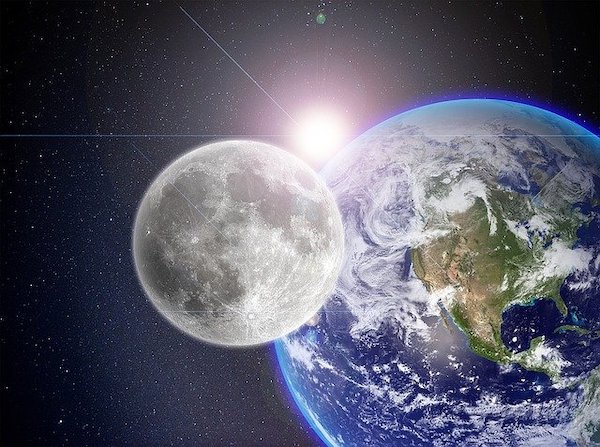 She’s right. Not many people think of reading Galileo’s 1615 letter to the Grand Duchess Christina of Tuscany — and dozens of other documents from the era — as something they want to tackle in their spare time. The next steps — crafting religious, philosophical, and scientific arguments to persuade their classmates to join their faction — are even more cognitively demanding and far removed from the rhythms of everyday life in the 21st century.

Ms. O explains that her preparation for this class is not terribly different from what she does for her Middle or Upper School students: “After I made slides for one class session, I was worried that I didn’t have enough in the deck, like I was going to run out of things to talk about,” and here she stopped to laugh at how ridiculous that idea turned out to be.

“That was so not the problem. The problem was that they wouldn’t stop asking questions — interesting, insightful questions, of me and of each other — and I only got through half my slides. It’s just like teaching gifted children — they’re going to surprise you. Sometimes, they’re going to race through some things twice as fast as you think they will, and other times they will stop somewhere you didn’t expect and really insist on burrowing deeply into one specific thing a lot more than you expected.”

She agrees that these courses are not just a highlight for the students, but also fuel her as an instructor. “Their dedication is absolute,” she says. They do all of the reading. They go out and find more readings. They write and they discuss and they theorize as though their real lives hang in the balance, “even though everyone has jobs and lives and the class met on a weeknight.”

She says that the intrinsic desire to learn that powers their efforts makes their participation authentic and wholehearted: “My students at school are in love with learning, too — and it’s truly thrilling to see these adults similarly come to life while wrestling with these ideas — I get to see the light in them ‘switch back on.’”

For an educator, there is no more rewarding experience. And for the gifted adults in her classes, there is certainly no better use for a weeknight.