When my seven year old scored in the top 1% on the WISC IQ test, my life mission became to provide him with every gifted opportunity listed on Hoagies. I didn’t have time to helicopter parent, but I managed to hover like a bumblebee over every grade and teacher action that conflicted with his budding potential. Terrified to fail him by letting others waste his potential, I placed him firmly on the path to academic success by heightening his angst ridden, anal retentive, maladjusted tendencies peculiar to gifted children. I patted myself on the back for a job well done, and dug in for the war against all in my way to his success.

Fate intervened. A cross country move when my son was nine brought us to The Grayson School for gifted children. Finally, a place where the teachers would recognize his brilliance, send home worthwhile homework, give him all A’s, ensure top standardized test scores, skip him two grades, and get him early admission into an ivy league. I could finally rest. Not so. 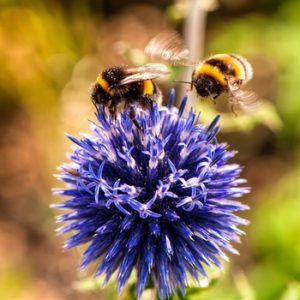 During our first month I learned there was no homework, few tests, and no grade skipping until high school, and then only maybe. In short, there was no way for me to identify what my son was doing all day or whether he was doing it better than anyone else.

Worse, the quarterly report cards had no grades, just a key: Exceeds, Meets or Developing. I was told that exceeding expectations in every class was a problem: it meant the curriculum wasn’t challenging enough. Confused, I viewed my son’s E’s, M’s and D’s with skepticism. In his E classes, should I be fighting for M’s, which sounded suspiciously like mediocre? I threw up my hands in disgust and resolved to put my son back on track in a traditional school at my earliest opportunity.

When it came time to act upon this resolution, I hesitated. In my more honest moments, I conceded that the lack of traditional grades had improved my relationship with my son. It reduced my contributing role to his angst and increased our quality time. And the lack of homework had enabled my son to pursue passions that I never knew he had. Although Grayson wasn’t perfect, was I forgetting how frustrating it was when his teachers had no understanding of how to challenge and motivate the gifted?

When it came right down to it, I had to admit that Grayson was the closest thing I could get to home schooling while working full time, with the added benefit of peer interaction. And my son was the happiest and most confident I had ever seen him in school. I resolved to satisfy my need to hover by focusing on his standardized test scores and gave Grayson a second try.

As it turned out, transforming my son was easy for Grayson; transforming me, not so much. Teachers and administrators patiently suffered through many tedious conferences and telephone calls as I tried to ensure my son’s success the only way I knew how; my infamous bumblebee hover. But by removing grades and homework, Grayson demolished my main weapons of attack. I felt the need to intervene less and less. As my need to intervene lessened, my son’s natural abilities flourished.

During the next two school years I watched my son blossom in areas that never occurred to me to foster. He identified the best network to pitch his fifteen episode television series while publishing a monthly column in a community newspaper. He created a documentary about a rare genetic disease. He created and published YouTube television and movie trailers followed by thousands of fans across the world. He has become an empathetic, compassionate, and insightful leader, fighting for injustice with a quiet voice and a powerful pen. And Grayson, proud of his budding leadership, supports his independent push to pursue his interests and accomplish his goals. All this, he has done without my warlike bumblebee intervention.

That’s not to say that I am no longer a bumblebee. As any former smoker knows, you never return to being a nonsmoker. Grayson still hears from me on occasion. But it’s no longer from the trenches. And nevertheless my son persists.