Evan McComb (’22) is a member of our first graduating class at Grayson and has attended The Grayson School since 8th grade. He cites his Projects and Open Studio courses as having the greatest impact on his learning. Open Studio is a pillar of our Upper School curriculum where students build on their Projects course experiences and engage deeply with meaningful, complex, and sustained projects, using the same tools, language, and knowledge as professional practitioners.

“I knew that I wanted to work with metals for my senior Open Studio project,” says Evan, who plans to pursue a degree in engineering and finds metal casting and other metalwork fascinating. Evan decided to cast bismuth for his project, which can be a very challenging material to work with; this post-transition metal greatly expands as it solidifies, forming spiraling, multi-colored crystals as it cools. 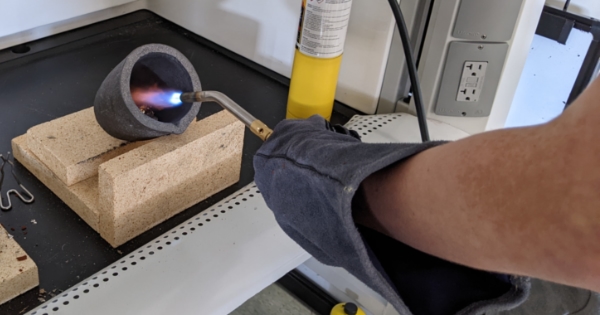 “Based on this property, if there is too little material, the mold will not properly fill, and with too much bismuth poured into the mold, you risk it cracking and breaking,” Evan explains.

Evan first created 3D-printed models of a few different shapes in plastic, which he then used to make clay molds for casting the liquid bismuth. Through trial, error, and calculation, he determined the exact quantity of the liquid bismuth needed to mold the different shapes he designed. Due to bismuth’s relatively low melting point, Evan was able to use a blow torch in our labs for his casting project rather than seeking the use of a furnace. 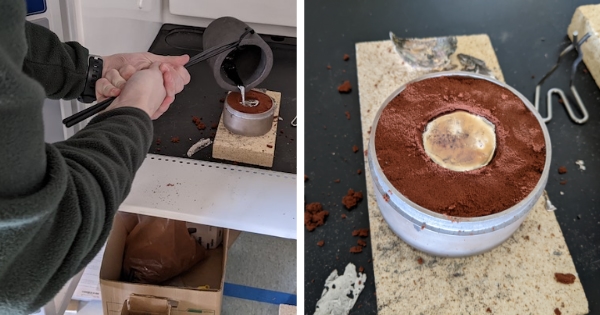 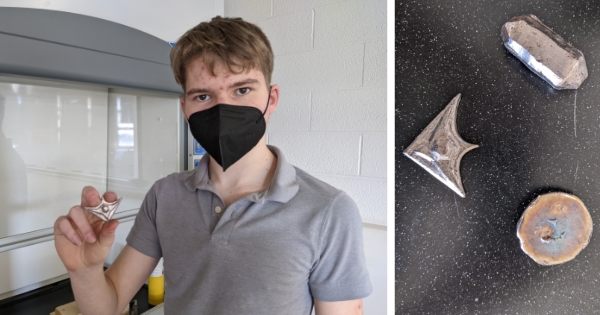 Resilience and creativity in the face of failure is a competency that Evan demonstrates throughout his classes. In a previous project to build a robotics arm, the delicate equipment he required arrived nearly 6 weeks late and was broken. Ally O’Rourke-Barrett, Director of Projects at Grayson shares that “Evan’s robotics project hung in the balance; he spent weeks researching possible solutions for the broken parts of his fragile machinery. His response was both ambitious and dextrous, requiring a full grasp of complex geometry and dynamic mechanics.” Evan mentions this as one of his proudest moments, delivering a working robotics arm on schedule, even when faced with what at first seemed to be insurmountable obstacles. “Grayson has taught me to use moments of failure to think about things differently.” 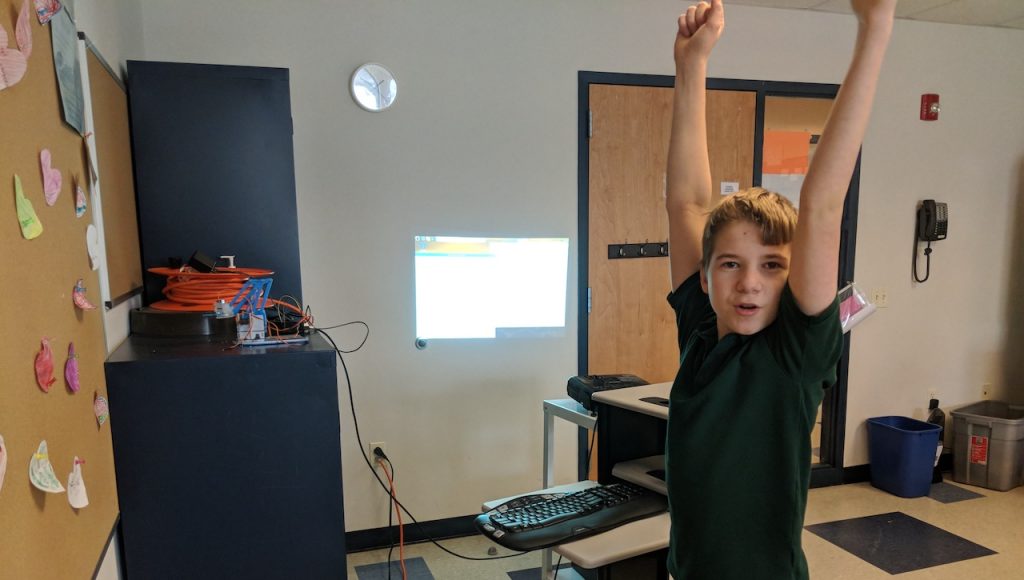 In addition to his interest in engineering, Evan is also a skilled orator, defending Galileo and his theory of heliocentrism before the College of Cardinals in a 1632 trial of Galileo simulation in History class. He is also a Gold Medal Soloist recipient from the Hershey Park Music in the Parks competition, and a member of the school’s Gryphonix choral group.

Evan was recognized in our inaugural Senior Awards selection process this year, receiving the Departmental Award for Projects, which honors his achievements and the engagement and creativity he brings to his work. Evan is also the recipient of our Values Award for Courage as a student who exemplifies the courage to take risks, dream big, fail, and try again.

Evan also finds time to give back to his community. He is a multiple medal-winning gymnast at Upper Merion Dance and Gymnastics. While no longer competing, he coaches young athletes at the gym and mentors our Pre-K students in tumbling and floor exercises after school.

We are very proud of Evan’s achievements and wish him all the best as he discovers the many opportunities that await him.