Research has conclusively shown the importance of play for brain development — not only in humans, but also in our larger primate family and throughout all sorts of taxonomic neighborhoods. One can easily find research that rats and mice can be tickled; videos of mountain goats frolicking on sheer cliff faces; and fieldwork capturing bonobos at play in their last remaining natural habitats. All animals need to play, it seems, for a number of reasons, some of which we are only beginning to understand with newly-available medical technologies such as brain scanning and other advanced investigative techniques. While these tools provide fascinating data about neurological activity during play, scientists have been hypothesizing about it for centuries. 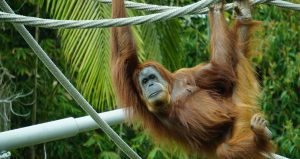 Much of our knowledge about the roles and functions of play come from animal behaviorists, whose field observations and lab experiments offer glimpses of what play is “for,” at least in non-human animals. Ethologist Robert Fagen describes two primary (and conflicting) theoretical camps on its role in animals: those who see “biological functions of play as facilitation of behavioral flexibility” (aka, practice) and those who view it as “facilitation of social bonding.”[1]

It might seem logical that these activities would be a way of rehearsing for adult behaviors: a kitten pouncing on an adult cat’s flicking tail appears to be practicing for hunting more challenging prey. However, when deprived of this activity, kittens grow up to be equally skilled at hunting as those who did get to play — but, crucially, they lack the ability to connect socially with other cats and prefer solitary pursuits. Neuroscientist and psychobiologist Jaak Panksepp says that such social bonds are not just about companionship, but also a way for the individuals to reflect their understanding of the social rules and hierarchies implicit in their culture.[2]

The purpose of play is not solely to connect with others, however. When raised without companions, juvenile animals of all kinds engage in play by themselves or with whatever objects are handy — a washcloth, a stick, or a ball. The impulse to play is not extinguished by a lack of others, thereby negating the idea that its sole function is social connection.

Play deprivation in animals has provided many insights into its importance, but suppression in young human subjects is clearly outside the bounds of ethical research. There are a few case studies of adults whose childhoods included little to no play; unfortunately, this common thread was discovered in the perpetrators’ histories after the subjects were apprehended for committing horrific crimes, such as the University of Texas Tower shootings in 1966. While this understanding may be illuminating, its applicability beyond one specific and extreme case is limited at best, offering us little insight as to the role of play in normal human development.

Most researchers seem to share a perspective which combines innovation, practice, and social bonding; play is a way to experiment with new behaviors, a way to imitate what they see adults doing, and a way to establish trust and connection. We are also broadening our understanding of the neurology of play, findings from which complement those three ideas, given the substantial involvement of the amygdala (center of emotional regulation) and neurotransmitters such as dopamine (part of the brain’s reward mechanisms).

What we do know for sure is that the urge to play is shared across species and across centuries. We should not deny its benefits — and pleasures — to our children. 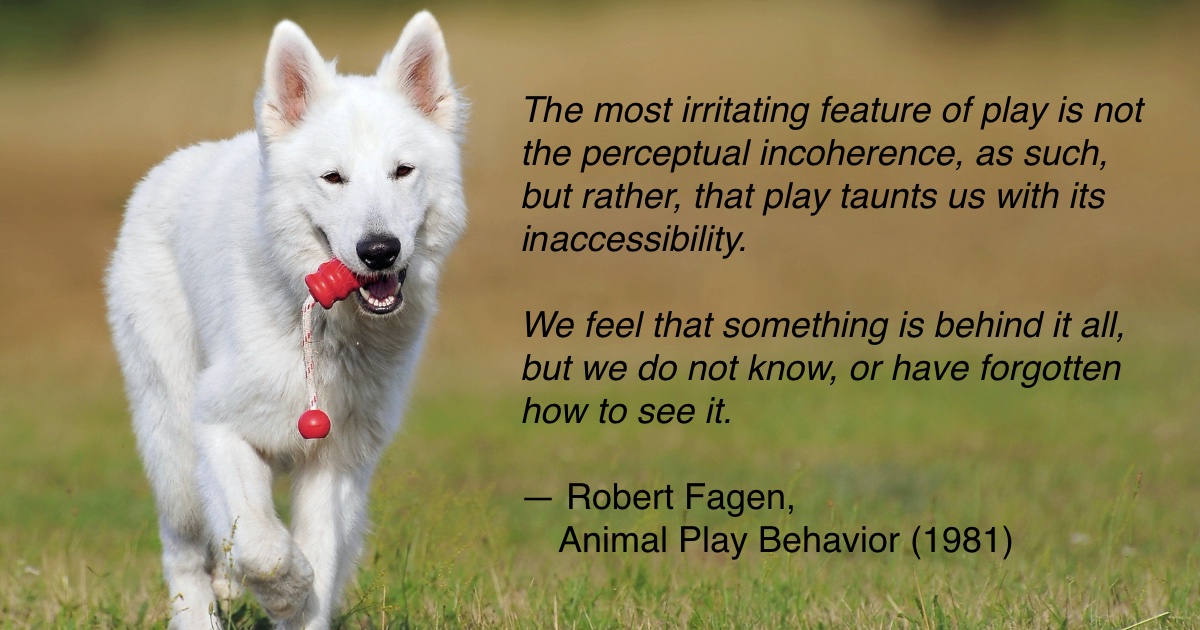 by providing our Middle and Upper School students with an innovative new installation to experience play. Come and visit our school to learn more about how a challenging and rigorous academic program is enhanced by having recess continue through grade 12, and what we are learning about the importance of play!