You can discover more about a person in an hour of play than in a year of conversation. — Plato

Though schools are not places organized around play, perhaps they should be. Focused as we are on competitiveness, international test scores, and proficiency, it seems that we have managed to squeeze the play out of school altogether. For more than a decade, there have been countless news stories and magazine articles about the disappearance of recess from middle schools all across America, a sad state of affairs justified with budgetary pressures or a need for more time focused on acquiring skills required by high-stakes testing.

While there are compelling scientific perspectives on the importance of play, it seems that most people seek a different, more phenomenological understanding of play: what is it about the experience of play that we need, and why? It is this approach which reflects the way schools most often think about play and its necessity (or lack thereof) to education.

Scot Osterweil, Creative Director of MIT’s Education Arcade, first articulated the “four freedoms of play,” which we do not necessarily otherwise enjoy outside of play:

Osterweil’s ideas may strike a chord in you as you think about what kids do when they play, or when you remember your own childhood play. Note that he does not say anything about play not having rules, which is a common misconception about what “free play” entails. Quite the contrary, in fact: much of play is about creating rules and negotiating their nuances with playmates.

So, given these biological, social, and experiential understandings of play, what is its role in education? And what should it be?

Looking at the American school system, it is immediately obvious that educators seem to share one important perspective on play: it belongs exclusively to young students. Nearly all elementary schools — urban and rural, affluent and under-resourced, large and small — include recess[1] in a daily schedule for students in preschool through grade 5. In fact, younger students (preschoolers and kindergarteners, in particular) are often given more than one recess period in a day. By contrast, recess is extremely rare in middle schools (grades 6-8), and nearly nonexistent in high schools (grades 9-12).

In education, there are myriad pedagogical approaches, philosophies, curricula, and programs. Across this dizzyingly varied landscape, it is bizarre that, of all things, this is the principle on which there is universal agreement: children need time to play. Indeed, parents of young children visiting private schools routinely ask admissions personnel how often and where they play every day, not whether or not there is play in the schedule; it is a given that they do play, because “everyone” recognizes its importance for healthy development.

What goes unspoken in these conversations is an arbitrary but also near-universal codicil: but only until they finish fifth grade. However, if you point out to an educator that a sixth-grader in September who has no recess was a fifth-grader only 4 short months ago who definitely had recess every day, you will get widespread agreement that yes, this line of demarcation between fifth and sixth grades is not only invisible, but irrational.[2] Why, then, does it exist?

Generally, it seems that schools think that students should become “serious” about their studies in high school, and that middle school’s role as a transition to high school means that recess — that frivolous, empty, unstructured piece of (four kinds of) freedom — must be put aside. It’s as though we share the conventional wisdom of the Darling family in Peter Pan: there comes a time when you must leave the nursery for good and grow up.

Inexplicably, all of the things educators say about recess in elementary school — that it’s crucial for children to be able to move about freely during the day; that they need to burn off energy during the day so they can attend better in class; and the simple wisdom, “children need to play” — are cast off as though they are no longer true once a child finishes fifth grade. Do sixth graders not also have energy? Do seventh graders not need a break from academic subjects? Are eighth graders so cognitively different that they should spend their days entirely in structured, adult-directed activity?[3]

Have we really structured our schools around the principle that these tenets of conventional wisdom no longer apply after this arbitrary milepost has been passed? It would appear so.

Happily, there has been a revival of interest in re-establishing recess in schools that have previously abolished it. However, the reasons for its re-implementation never concern its necessity for development, creativity, or social connectedness. Instead, proponents of recess nearly always focus on physical fitness: our children’s increasingly sedentary lives require that we set aside a period of time every day in which they must move around — and recess is the solution to that problem. Of course, this approach violates Osterweil’s Freedom #4, above, in that it demands physical activity from all students, every day; it also violates #1 in that students are often not permitted to engage in primarily imaginative and non-physical play.

It seems obvious that the universally-accepted notion that play is crucial for child development should be extended into the rest of childhood and not abruptly removed after fifth grade. So what would play mean for middle- and high school students? 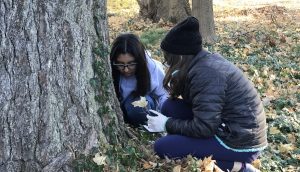 The opposite of play is not work; it’s depression.  — Brian Sutton-Smith,developmental psychologist and play researcher

Clearly, more time for recess would of necessity mean less time in class. Though this zero-sum-game position might generate gasps and pearl-clutching, science (and educator experience) shows improved cognitive performance after a period of play or rest. In theory, then, all the effort expended on preparing for high-stakes testing might be better served by rearranging schedules so students spend more time on the playground and less behind desks, no matter how counterintuitive that might seem. Neuroscientist Sergio Pellis agrees, saying, “countries where they actually have more recess tend to have higher academic performance than countries where recess is less [sic].” Gifted children may actually be ideally positioned to benefit from such a shift; the use of best practices such as preassessments and compacting can “buy back” time from academic pursuits — time which may then be used, instead, for recess.[4]

There exists little to no research on what middle school and high school students do with recess time, probably because of its very rarity.[5] However, given what we know about adolescence, it would seem that Osterweil would be pleased with the idea. After all, the primary psychological and sociological work of adolescence is the creation of a new, adult identity, generally through iterative experimentation with different identities, essentially “trying them on for size.” (Parents of tweens and teens are undoubtedly familiar with the bewildering experience of their child appearing to have a different personality almost overnight, only to discard it and try a new one as soon as their parents have become accustomed to the new persona.)

Brian Sutton-Smith’s assertion that playlessness equals depression seems especially prescient in this circumstance — teens are indeed thoroughly deprived of play, expected instead to transform from carefree child to focused, intellectually-oriented proto-adult. Given these conditions, it’s no wonder that the “emo” stereotype emerges in middle- and high school!

There could hardly be a better time, developmentally speaking, to provide daily opportunities to experiment, fail, recover, and try again, whether that involves testing social boundaries, trying on new identities, or discovering that an effort that fails is not the end of the world — especially if said effort is explicitly part of play and therefore occurs in what is tacitly understood to be a space more free of judgement than the rest of their life, especially at school.

It would seem, then, that we have created this self-contradictory situation for ourselves and our children: we insist that play is good, if not crucial, for them and enshrine it as recess in elementary schools nationwide… and then we take it away from them entirely, at an arbitrary point in their development — at what might arguably be the worst possible point, actually.  Recess for middle- and upper school students should be reinstated so they can enjoy its benefits during this crucial period in their lives.

Perhaps the widely celebrated revival of recess should be expanded into a larger phenomenon, one in which we acknowledge that children develop on a continuum and that they benefit from play through all their developmental stages. There are hints out there that reintroducing time set aside for play could lead to improved social interactions, more creative and attentive thinking, and improved academic achievement and (sadly, probably of most value in our culture at present) higher test scores.

Whether or not there are specifically measurable academic benefits to play, there are certainly social-emotional ones — and there is no evidence that middle- and high-school students have crossed over some developmental divide at the end of elementary school, past which play is not necessary, not useful, and most importantly, not allowed.

Our children deserve the pleasures and inherent benefits of play throughout their school years; we must continue to offer them that opportunity, both in the classroom and out.

[1] For the purposes of this article, the presumption is that “recess” means free time to play, not time to engage in structured, adult-directed activity, though those two ideas may not be interchangeable at all in some school settings.

[2] Schools across America vary widely in their definitions of who is a middle school student and who is not, in fact. A sixth grade student may be a middle schooler in one district and an elementary schooler in an adjacent district, for example, and there are still plenty of K-8 configurations, especially in private schools. The divisions between elementary, middle, and high schools are historical and administrative, primarily, not reflective of some magical psychosocial research discovery of a crucial developmental tipping point which affects all children.

[3] It seems to go without saying that ninth graders and beyond are presumed to not need (and to not benefit from) play. Interestingly, the verb “play” is plentiful in middle and high schools across the country, but only in reference to competitive sports and/or musical instruments (and even there, “playing” simply means “making the instrument make sounds,” not anything related to play in the sense we are discussing herein). I find it interesting that athletic “play” specifically violates one of the central definitions of play: that it must not be structured or directed by adults, and definitely does not allow room for any of Osterweil’s four freedoms.

[4] This idea presumes that the teachers in question have been given training about gifted education, which is perhaps the biggest dose of wishful thinking in this article. {sigh}

The truly great advances of this generation will be made by those who can make outrageous connections, and only a mind which knows how to play can do that.

by providing our Middle and Upper School students with an innovative new installation to experience play. Come and visit our school to learn more about how a challenging and rigorous academic program is enhanced by having recess continue through grade 12, and how we are serious about the importance of play!