Gifted children, especially profoundly gifted children, generally get the very short end of the educational stick in the minds of many of those who teach them, test them, mentor them, research them, and parent them.  Many who work with profoundly gifted (PG) children feel compelled to do so by a sense of righteous indignation regarding the lack of appropriate services and opportunities for these children, a feeling not unlike the insistence on justice or fairness common among the very children they serve. In the field of gifted education, the most effective teachers and researchers are champions for these children whose needs are so rarely met, despite how unmistakable and obvious those needs may be.

Throughout her career, primarily at the University of New South Wales in Australia, Professor Miraca U. M. Gross’s voice was distinctive for its persistent exhortation that above all, we must see profoundly gifted children — through both educational and social-emotional lenses — by asking pointed questions that were not entirely rhetorical, such as, “How do we justify an educational system that ignores competence and achievement, and utilizes chronological age as the primary, or only, factor in student placement?” (Gross, 2011)

One of Gross’s most powerful pieces of work identified what she called a “forced-choice dilemma,” which she described as a social dynamic PG children often experience (Gross 1989, 1998; Jung, Barnett, Gross, & McCormick 2011). She explains that these children realize, at a startlingly young age, that there is no way to be both true to their vibrant intellectual potential and to also have social connections with the other children in their classrooms at school: they must choose between personal integrity and social connectedness.

This striking characterization throws into sharp relief the social-emotional predicament of the profoundly gifted child: the often explicit awareness at a very young age that they cannot be both true to themselves and be liked contrasts starkly with many adults’ romanticized notion of a carefree and socially rich childhood. Adults just do not expect children to have a fully-coalesced sense of integrity at a young age, let alone to be making choices about whether to compromise personal authenticity in the service of a different social-emotional need.

Gross posits instead that these children see, quite clearly, a painful emotional needle that cannot really be threaded. While we may want both of these things for them — and they dearly want them for themselves — the degree to which they differ from their age-peers will not allow them to have both. Their emotional sensitivity and intensity surely only exacerbates the situation.

In the end, they must make the choice to close one door in order to open the other.

Every writer knows that telling the story of one child is far more effective than relaying information or ideas about a group of children, much less of a whole population of children. The general case softens the edges, rounding the corners and jagged parts into a smooth trend line that tells the story of most of the people in the group. In so doing, however, it sands off the bumps and divots that characterize individuals, leaving behind an impression of uniformity that erases the experiences of those at either end of the bell curve. Understandings about the group often silence the few in the service of the many.

While the goal of educational research is to contribute generalizable findings to the body of knowledge on a particular topic — about causation or correlation, about trends and tendencies and likelihoods at the population level — Gross also populates her work with quite individual and specific PG children’s lived experiences. In so doing, she deftly manages to connect with both professional and lay audiences, not only through her significant and substantial body of longitudinal research on profoundly gifted children (Gross 1993), but also by sharing moving sketches that reveal their highly individual lived experiences. One such example is her extended description of five-year-old Hadley, whose eagerly-anticipated first days of school were so dreadful that he became “Australia’s youngest dropout, after a school experience of barely two weeks” (p. 2).

Her work unapologetically shines a spotlight on the injustice these children face while laying out the simplicity and obviousness of the solution, as she did here: “As educators, we have no excuse for allowing any child to cry in the night for friendship when through an appropriate grade placement with children at similar stages of intellectual and emotional development we can allow something beautiful and better to happen” (Gross, 1999b).

She was both consistent and insistent that appropriate education for the profoundly gifted is a right they have and a responsibility we must take seriously:

We teach our children that every member of our society has the right to “life, liberty and the pursuit of happiness” regardless of race, color, or creed. Yet we do hold a pervasive, insidious bias when it comes to talent development. All gifts are equal, we seem to say, but some gifts are more equal than others. (1999a, p. 217)

Profound giftedness is vanishingly rare by definition, and requires parents and teachers alike to cobble together educational and developmental experiences into a motley patchwork of semi-solutions. In the end, PG children’s paths are as unique as they are, winding around obstacles and through morasses of people and institutions that do not understand them and often actually do not care to, intentionally choosing to ignore them and their needs.

Miraca Gross made it clear in dozens of articles and speeches and interviews and keynotes all over the globe that she found this state of affairs to be completely inexcusable and indeed inhumane. She decries this circumstance repeated across Australia and elsewhere in the world as being not only tremendously short-sighted, but also essentially cruel in its systematic inaction in the face of these stories — of these children — whose brilliant futures lay in their hands.

Gross shared details from her work with profoundly gifted children with poignancy and a particular flair for figurative language not always common in academics, as in the keynote speech in which she compared the intellectual shackling of PG children to “the captive bird in Simon and Garfunkel’s ‘El Condor Pasa’ which, tethered to the ground, gives the world its saddest sound.” (Gross, 1999b)

Perhaps the metaphor for which she is best known is that of the tall poppies, a narrative pulled from her memories of her own childhood in Scotland in her often-cited piece, “Small poppies: Highly gifted children in the early years” (Gross, 1999a). Not many academics would (or could) begin a piece in a peer-reviewed journal with such vivid descriptive language:

There is so much to see and to experience. The sea winds setting the flags streaming, the soaring plumes of the Ross Fountain, and the almost overpowering perfume of the flowers; roses, carnations, pansies, anemones and lupins in serried ranks, bank upon bank of them, terrace upon terrace, leading the eyes upward to the broad street with its trees and hedges fringing the pavement. (p. 207)

It is in this piece that she describes the gardener methodically beheading poppies which do not conform to the model, lopping off the most beautiful part of the plant to produce an aesthetically pleasing uniformity across the whole group.

This arresting metaphor has had substantial staying power, making its way into articles, blogs, podcasts, and presentations worldwide. In gifted education circles, it has become a shorthand for policies that routinely disregard the educational and social-emotional needs of these extraordinary children.

Another pioneering researcher in the field, Julian Stanley, is best known for his Study of Mathematically Precocious Youth, the world’s longest longitudinal study of gifted children; Gross’s work in Australia is its close cousin from the opposite side of the Earth. It is fitting, then, that he would pen the foreword to her invaluable annotated bibliography on radical acceleration — and it is fitting that he should sum up her contributions to the field simply but fully with this: “The gifted-child field is greatly indebted to Professor Gross” (Gross, 2003, p.6). 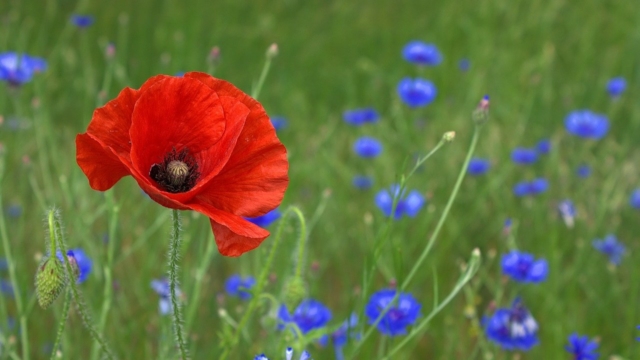 Gross, M. U. M. (1999b, August 15). From “the saddest sound” to the D Major chord: The gift of accelerated progression. Keynote address presented at the 3rd Biennial Australasian International Conference on the Education of Gifted Students. Melbourne, Australia.  Available here.

Gross, M. U. M. (2011, November 5). To group or not to group: Is that the question? [Concurrent presentation]. National Association of Gifted Children Annual Conference, New Orleans, Louisiana.