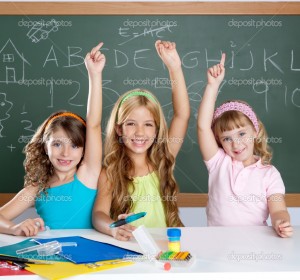 We recently read an article in the New York Times that we’ve been talking about ever since.  Andrew Solomon, a writer and lecturer on psychology, politics, and the arts, addressed in his the New York Times article, “How Do You Raise A Prodigy?“, the parenting of gifted children, specifically child prodigies.  In this article he often seems to blur the lines between which he defines as a child “able to function at an advanced adult level in some domain before age 12.”  Solomon describes the relationship between parents and their extremely bright children, and the struggle for balance when it comes to supporting their children’s success.  Here at The Grayson School we appreciate those bringing light to the gifted and talented community, and we enjoy hearing the opinions of others on issues surrounding the gifted.  However we raise a few concerns with his criticism of prodigy parenting.

For one, we find Solomon’s description of the Latin origin of “prodigy” to be slightly derogatory.  He states in his article that “‘prodigy ‘derives from the Latin ‘prodigium,’ a monster that violates the natural order.”  We feel as if he has focused on a negative aspect of the root and ignored the more positive, thrilling connotations.  Prodigium also meant to the Romans an “omen” from the gods, and an abundance of excitement.  The Merriam-Webster online encyclopedia states that prodigious “suggests something marvelous or extraordinary,” differing it from monstrous which implies that something is not only large but also ugly or deformed” (http://www.merriam-webster.com/word-of-the-day/2011/05/26/).  Thus we can infer that a prodigy is something of a monstrous capacity which is also marvelous and extraordinary.  At one point in his article, Solomon quotes Veda Kaplinsky of Juilliard in saying that “Genius is an abnormality, and can signal other abnormalities.”  After determining the deeper meaning behind prodigium, we can further argue that the abnormality of genius is not bad or monstrous, but a sign of something marvelous.

Another point which Solomon claims is that gifted children or “prodigies” embody weaknesses which are comparable to those of the mentally disabled.  While there are many children who are what we consider “twice exceptional”- those who are intellectually gifted or talented but also have some sort of learning disability- the weaknesses of gifted children and mentally disabled children differ greatly.  Many gifted children suffer from emotional and social weaknesses.  They often have overly intense emotions and do not understand how to interact with other children.  Solomon claims that “the parents of children with disabilities must be educated to see the identity within a perceived illness, but the parents of prodigies are confronted with an identity and must be educated to recognize the prospect of illness within it.”  We feel as if “illness” is not an accurate depiction of the weaknesses of gifted and prodigious children.  Their talents do not harness an illness but rather they are so great that their weaknesses seem magnified.

Walt Gardner in his Education Week article “The Gifted-Genius Debate” also references Solomon’s argument in opposing the claim that “there is no federal mandate for gifted education.”  Gardner proves this false by referencing the Jacob Javits Gifted and Talented Education Act passed in 1988 which helps to advocate for the gifted.

We feel that what needs to happen next is to continue to develop an understanding not only of gifted and genius children, but also of their parents.  More needs to be done to understand the true abilities and weaknesses of these children and to also understand the difference between gifted, genius, and mentally disabled.

“How Do You Raise a Prodigy?”2013-09-062016-07-31https://thegraysonschool.org/wp-content/uploads/2015/08/grayson_loop.gifhttps://thegraysonschool.org/wp-content/uploads/2015/08/grayson_loop.gif200px200px
Recent Posts
Follow
The Grayson School does not discriminate on the basis of race, color, national origin, ancestry, religion, sex, sexual orientation, gender identity, gender expression, disability, age, or other non-merit factor to all the rights, privileges, programs, and activities generally accorded or made available to students at the school, nor in administration of its educational policies, admissions policies, financial aid policies, athletic and other school-administered programs, or employment practices. The Grayson School is proud to be an Equal Opportunity Employer. We celebrate diversity and are fully committed to creating an inclusive community at our school.