Since I’m writing this only a few days before Thanksgiving, I’m in a grateful kind of place, so writing about role models — people who inspire, encourage, and challenge us — seems particularly fitting. Additionally (since this wouldn’t be an article from me if it didn’t include research findings) there is substantial evidence that working with a mentor is one of the educational options with the greatest effect size on gifted students.[1]  In other words, research says that role models can have an outsized impact on our performance and our achievements, which you probably believed intuitively already.

Other research findings suggest that role modeling is actually a crucial part of education, especially for gifted children.

As for the more personal side of the topic, I asked several of our teachers to share their thoughts on having — or being — role models. They describe people who really see you, who get who you actually are and who you are trying to become, and help you along the pathway to realizing that self. 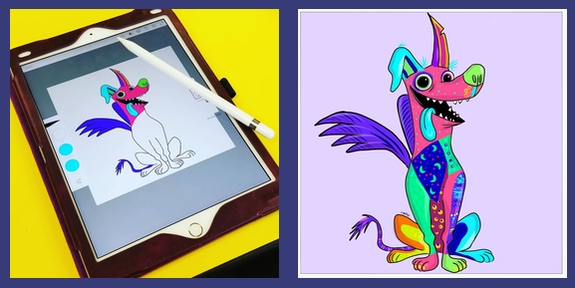 Drawing my favorite pupper, Dante from Coco! I love when he turns into an alibrije.

My art teacher in high school was a great role model for me and gave me really great, honest and straightforward critiques. They weren’t always, “That is great; good job”; there was “Did you think about doing this?” and “Why did you limit yourself in this way?” That’s how I got better at art.

She’s the one who told me I had to apply to art school — that if I wanted to be an art teacher, I had to be an artist first.  I thought this was a ridiculous idea, because I thought okay, I’m good at art, but I didn’t think I was art school good.  She helped me realize that being “a real artist” was IN me, when I didn’t see it, myself.  More than anything else, she made me want to be that person for other students. 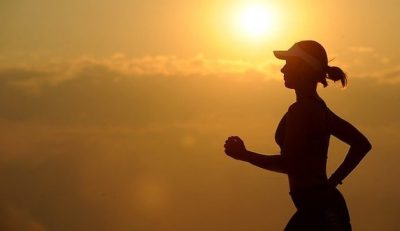 When I was a middle- and high school athlete, my role model is the reason I have my philosophy on the value of a strong work ethic in sports.  She did things [to be a better athlete] that people just didn’t do back then, but which are now more like the standard — because she was brilliant and knew her approach would make a huge difference in her performance — which it did.  In fact, it wasn’t what she said that meant anything to me, it’s what she did.  One summer, I completely redesigned my training around what she was doing.  By the time I went back to school in the fall I had totally changed my body, and that totally changed what I was capable of doing.

It’s fair to say that I didn’t have the positive influence of role models while growing up, and that’s why I am so driven to give that to other kids.  I do it by following my own dream to build this school; by mentoring; and by taking on practicum students. It’s also important to me that every day, I work towards creating a culture where people are allowed to be organically themselves and have leadership opportunities. I’m really proud of that aspect of our team: people are able to bring their strengths and their passions to work with them.  Together, we can have a bigger influence on more gifted kids and people in the larger community, and we can model for them that following your passion or purpose while really being yourself is possible. 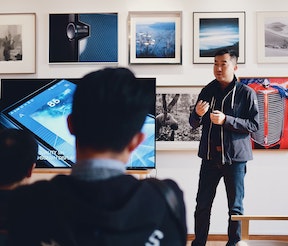 One of the things I’ve realized from raising my own kids is that everyone needs normalized exposure to something they think is fascinating.  Like, it was normal on the robotics team for my kid to solve a problem with coding — which is what he does today, in fact. He would fall into a challenging problem, and stay up until 2:00 a.m. still chugging away at it, which was normal among the people he was hanging out with. His coach would say, “Great job on this problem; here’s another one that’s harder.” If he hadn’t ever had a circumstance in which it was normal to do that, I don’t think he would have taken that path.

Unfortunately, you never know where that person is going to appear. The role model shows you the next thing — the next step you can take from where you are — and that it’s possible for you, like, “You should join this organization, because they send out a magazine every month about this thing you love,” or, “If you join this club, you can go to all kinds of competitions, like hacker events, where you can do the thing you love to do.”  Someone who leads you from “I like this thing” to “I get to do this thing for my career” — to me, that’s the best kind of role model.

I think we need more positive male role models in the world for boys. Strong, positive, kind, men who show up for you and listen to you and show you that being a man isn’t about being in control of everything or being macho.

The reason I’m a teacher has to do with just a few incredibly powerful role models/mentors. They expected a lot of me, and a lot of themselves; they were disappointed if I didn’t meet them and it was clear that they took a vested interest in my growth as a person. 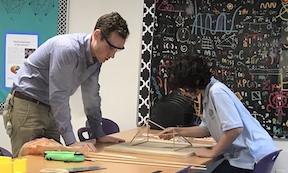 Boys who are 12 or 13 to about 15 really need strong, positive male role models. They need to know men who treat people with respect, who are reliable, responsible, who treat everyone equally, with respect— everything you want in an adult, in general.  One of them was my soccer coach, who was incredibly kind and empathetic; he got up at 5 every morning and worked hard.  He helped me with a lot of difficult, thorny personal stuff and he had this power to listen that was amazing.

My other role model was a 10th grade social studies teacher who taught class like we were college students: go do these readings from John Steele Gordon’s Empire of Wealth and Howard Zinn’s History of the United States — we did that all year, alternating between them, one chapter at a time. When we came to class, he expected that we would have done the readings and could talk about them like adults.  He thought so deeply and was so intellectually and philosophically sharp. He had principles and morals, and he was unwavering about them; he had clearly thought about things in deep ways that most people don’t. I’m still friends with him today.

When bad things would happen, both of them were really helpful in completely different ways so I could move forward. I could have an open and honest conversation with either of them about things that were really important to me. They each took me under a wing in a way other people never did, at a crucial time in my life. 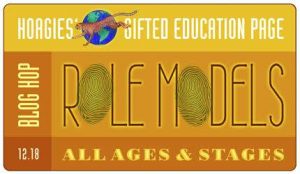 This post is included on the Hoagies’ Gifted Education Blog Hop on Role Models:  All Ages and Stages  where you will find other great articles on this topic from others who advocate for gifted children.

Learn more about all our incredible teachers and pick a date to stop by and discover more about our school, attend a community workshop, or sign up for classes open to the entire community.

Who are your role models?2018-12-012019-02-06https://thegraysonschool.org/wp-content/uploads/2015/08/grayson_loop.gifhttps://thegraysonschool.org/wp-content/uploads/47213039_10215860955249367_3643101752795856896_n.jpg200px200px
Recent Posts
Follow
The Grayson School does not discriminate on the basis of race, color, national origin, ancestry, religion, sex, sexual orientation, gender identity, gender expression, disability, age, or other non-merit factor to all the rights, privileges, programs, and activities generally accorded or made available to students at the school, nor in administration of its educational policies, admissions policies, financial aid policies, athletic and other school-administered programs, or employment practices. The Grayson School is proud to be an Equal Opportunity Employer. We celebrate diversity and are fully committed to creating an inclusive community at our school.