The American Psychological Association defines social growth as “the development of an individual’s knowledge and ability in dealing with other individuals and groups.” Humans are social creatures, instinctively seeking ways to gather together — even if that requires an internet connection, as it does these days — and will doggedly hang onto even the thinnest of common threads rather than being alone. 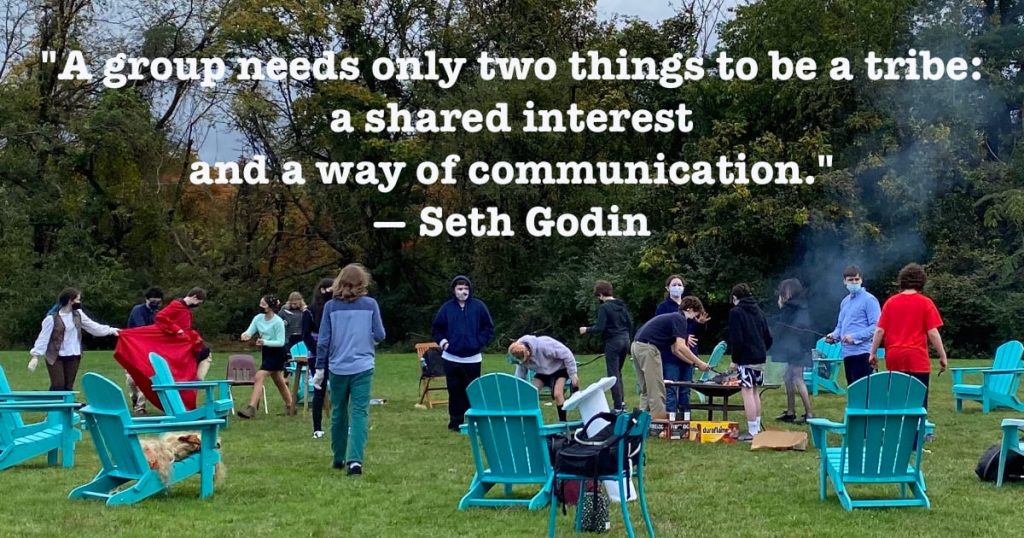 This need to be with others like ourselves is hard-wired into the human brain, no matter how astonishing its thinking capabilities: a child with an IQ of 130, 150, or 180 needs social interaction and connection just as much as any other child.

Unfortunately, we know that a child of IQ 130 is not terribly likely to find another child with similar intellectual capability, by dint of statistics alone, and a child of IQ 160 even less so. Further complicating matters, either of them probably has interests that are quite distinct from other children their age or even a few years older.

The result of the relative rarity of gifted children is that they often have had several years of lack of practice in socializing with others by the time they are identified and grouped. Worse still, those years may have included profoundly negative social experiences packed into what can become a multi-piece set of matched, monogrammed emotional baggage.

Putting all of these children into a school together and moving forward while only paying attention to their brains is hardly a good plan for helping them divest themselves of this unwieldy, unwanted luggage in favor of a more manageable carry-on.

A Continuum of Social Opportunities

A school full of gifted children can indeed be a miraculous place where all students have a much greater opportunity to experience real social connections. However, these often highly emotionally sensitive children may be initially reluctant to express who they really are, having stuffed all that baggage with reasons that have not been a good idea in the past. Reaching out to other children is an emotional risk, and as we know, gifted children are often not inclined to be risk-takers.

Their school must create ways for students to connect. Ideally, these activities allow for varying levels of “putting yourself out there,” so to speak. (This circumstance should be easily recognizable as differentiation, a practice in which one hopes any school for gifted children is already fluent.) The most accessible of these may be school-wide events — at Grayson, we celebrate Pi Day, for example, and Star Wars Day — which carry little to no social risk because everyone participates.

Students looking for more non-academic connection time can explore further, such as school-sponsored extracurricular activities: the newspaper, the yearbook, the math team. It takes a little more confidence to sign up for something, but it’s a small step. 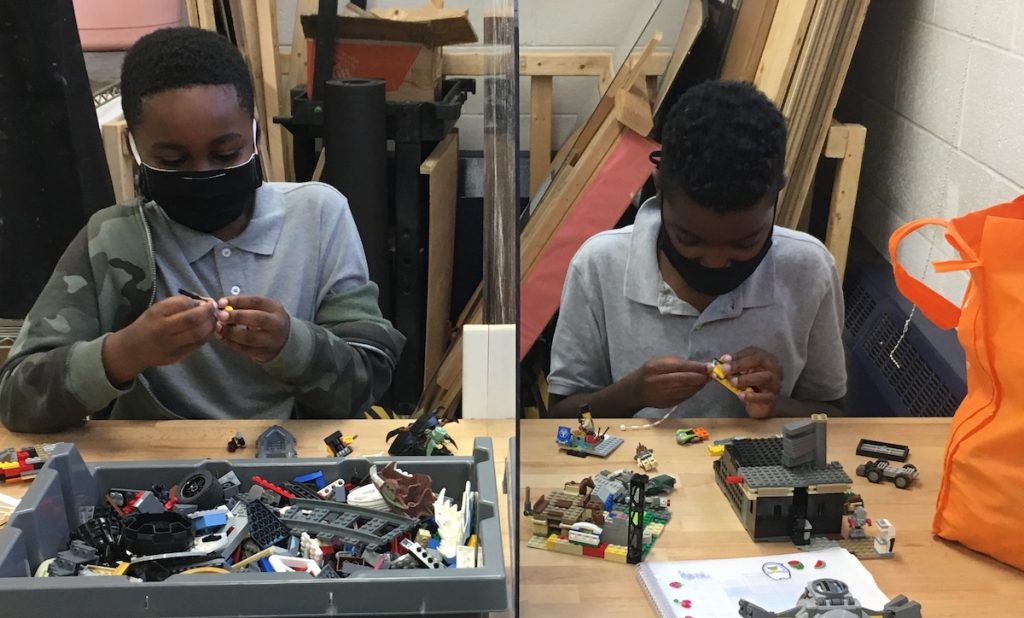 However, we know from decades of research that personal meaning and choice are “force multipliers” with gifted children.  A school hoping to engage students’ most authentic selves should offer gifted children myriad opportunities to choose work and activities that are personally meaningful to them, in both the academic and non-academic realms that contribute to both their intellectual and social growth.

A teacher trained in best practices in gifted education likely does know to give her students choice in the classroom — about which aspect of the Civil War to research, for example, or which biome to represent in a diorama, or what kind of work product to generate for the water filtration unit — infusing self-differentiating learning into the curriculum.

But what if we could offer students the same highly differentiated experience of school — socially?

Elevator buttons are my life

Gifted children who fall headlong into a topic (and, to be honest, the more obscure and/or technical, the better) are lucky to live in the 21st century. At no other time in history would it have been so possible for them to immerse themselves in as much new information, nor to find others who share their interests. In 2021, though, a student fascinated by elevators — their buttons and fixtures, their history, their design — can actually connect with others who love the same thing (there actually is an Elevator Historical Society* and several websites where those who are equally curious on the topic can share photos, videos, discoveries, and questions).

Is a fascination with elevators a common interest? No, admittedly, it’s not; but it’s really just a different and more specific “flavor” of the same kind of interest that many of us have with factories or vehicles. (There’s a reason Mr. Rogers showed so many videos of assembly lines, after all.)

However, it’s not difficult to imagine that a child eagerly awaiting the launch of Thuyssenkrupp’s new AGILE series might relate poorly to his age-peers, who may be more attuned to the “New Horizons” release from Animal Crossing.

Just because they like something unusual — or something extraordinary, just like they, themselves, are — doesn’t mean that they should be shut out of social connections. 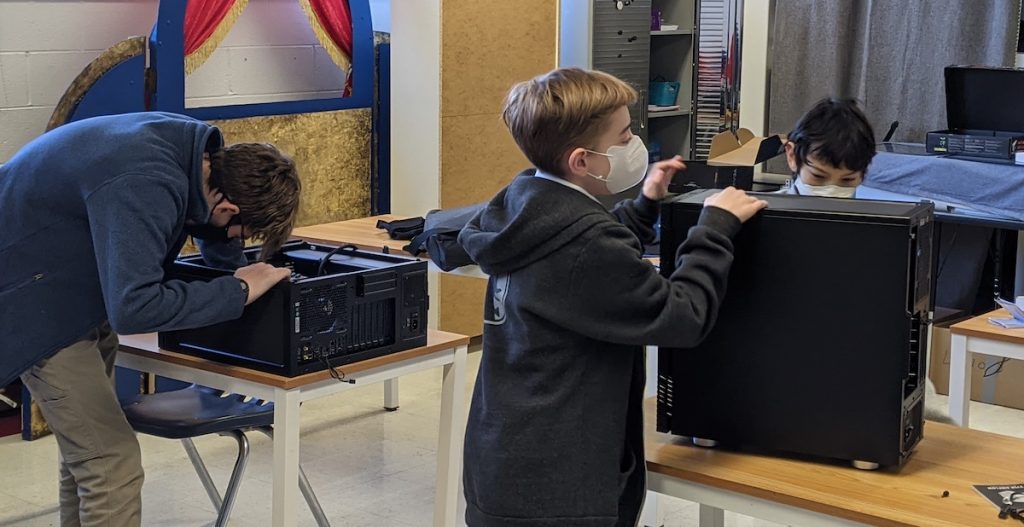 Though it may initially seem counterintuitive, a school for gifted children arguably has a unique opportunity to use those interests (can they really be called just “interests” if they are so ardently pursued?) as a kind of social “glue.”

If students have a block of time built into their schedules for social activities based on their interests, they can use it not only to express and embrace who they are, but also to meet someone like themselves, who shares the same unusual interest, and lo: a friendship is kindled, based on an authentic connection with an intellectual peer around a shared interest.

The tricky bit is a school’s ability to carve out time every day not dedicated to academics. For instance, Grayson has an ongoing commitment to the importance of play well past elementary school, reflected in a recess period for every student, every day, Pre-K through 12th grade. That time does not have to be spent on a jungle gym (though that’s certainly allowed) but can be spent instead in clubs with like-minded peers:

Choose Your Own Adventure

How can a school go about setting up such magical groups?

The (radically simple) secret is this: let the children tell you what they care about, and the whole school community can enjoy outsized benefits.

It makes intuitive sense that students who submit their own ideas for clubs are more likely to engage fully in them. Anyone who has ever even met a gifted child easily foresees the obvious danger here, though: that each student will hand in a list of eleventy billion ideas. This onslaught can be avoided neatly by requiring a few co-signers who agree that such a club sounds interesting (but do not yet have to commit to joining).

Note that a student who is especially socially risk-averse may find proposing a new club a challenge. Still, that same anxiety might be mitigated, if not entirely offset, by their excitement about the opportunity. Additionally, the student submitting the proposal does not have to lead the club or secure a faculty supervisor, lowering any “perceived barrier to entry” for the shy.

Execution of such a program takes more juggling from the administration. It requires a couple of rounds of surveying (first, students submit proposals, then those which have sufficient co-signers are gathered, and students are re-surveyed to see which will go forward).  However, the effort is well worth it: for example, there are days every week at Grayson when fewer than a dozen students in the Middle and Upper Schools are on the recess field because everyone else is meeting for clubs — that is genuine and real engagement and interest in the life of the school, and the basis for weaving a tightly-knit fabric of a community.

The Thuysenkrupp fan may not find an entire club full of other elevator enthusiasts, but isn’t the off chance that someone in the school might also love elevators worth it? These endlessly curious children are rarely completely monomaniacal in their interests; after all, a budding vexillology club may capture their interests, instead.

The benefits of student-directed clubs are wildly disproportional: students, of course, feel connected to the wider school community and may find friends more easily. However, the larger message from our school is this:

We want you to bring your whole self to school here every day.

We think you deserve to be taken seriously and given time to engage in something that fascinates you.

This respect for and interest in supporting students’ most authentic selves is an important reflection of school culture, but more importantly, turning over custody of a small sliver of time every day in this way to students not only contributes to their individual social growth but actually redounds to the institution’s benefit.

Gifted children may grow cynical about whether or not the adults in charge actually care about their development and happiness if they spend years in what we euphemistically call a “bad educational fit.”  However, by pledging one of the school’s most precious assets — time — to the “custody” of students every day, the school cannot help but generate goodwill and institutional trust, even among the most jaded or distrustful of students.  This iterative virtuous cycle can generate additional academic engagement and a happy “halo effect” of this effort.

Students who feel trusted and valued may also be more willing to try new things, to take small but significant intellectual risks. Because it’s a “club” and not a “class,” it simply feels less earth-shaking if it turns out that she’d rather fly drones than be a high elf wizard at noon every Wednesday. And a student who feels heard and valued and who experiences the opportunity to make a real change in their everyday experience of the school benefits from an increased sense of agency that can empower them to tackle new and more audacious academic pursuits.