In a small elementary classroom, nine-year-old Erica stands in front of the class to describe her failed science experiment — how she poured a small amount of non-fat milk into a bowl, and then added a few drops of red food coloring and a few of blue. Excited for the final step, Erica then drizzled a few drops of dish detergent into the bowl, and waited for her masterpiece to unfold.

And then —  nothing happened.

Certainly not the whirlpool dance of brilliant purple hues Erica had anticipated, as her science book had described.

So Erica added more dish soap. Unsurprisingly, the colors in her dish blended to make a dark purple liquid…but there was no “dance.” What was supposed to be an “explosive movement of colors,” was… not.

So what went wrong?

Erica thought perhaps her milk was bad. Or maybe she used the wrong type of dish soap. Either way, as she explained to her class, her experiment failed.

(To best illustrate how dish soap breaks up the fat molecules in milk, it turns out, you need fattier milk to pull the food dye along the top of the liquid as the milk molecules split and expand.)

While Erica was disappointed with her results, her teacher was perfectly fine with the outcome. In fact, she used the remaining class time leading a discussion of the aspects of the experiment that might have gone wrong, and why. Finally, all the students were asked to write a reflection paper focusing on all the processes used in the experiment.

Nurturing a Healthy Respect for Failure

Erica’s teacher’s response is a novel but effective one: encouraging students to initially accept less-than-perfect results has proven to motivate learners to troubleshoot possible outcomes instead of submitting to defeat.

Stanford psychology professor Carol Dweck. Ph.D., researches the importance of having students experience growth through struggle and effort. As she describes in her TED talk on the subject, students in her research study were told that by working hard on unfamiliar, difficult tasks, neurons in the brain grow—thus making you smarter. The study’s results proved that the students who learned about the brain’s ability to make new connections “showed a sharp rebound in their grades,” Dweck says. On the other hand, the students who were not told about the brain-build capacity “continued to show declining grades over this difficult school transition.”

Just knowing you are building brain cells as you slog through difficult material isn’t enough to keep students motivated, of course. Because high-ability learners tend to rush to get a correct answer or push for all-around academic perfection, most have trouble accepting failure. Add to that the fact that they often have no experience of failure at all until well into high school, and you have a recipe for a meltdown at the first sign of error or imperfection. 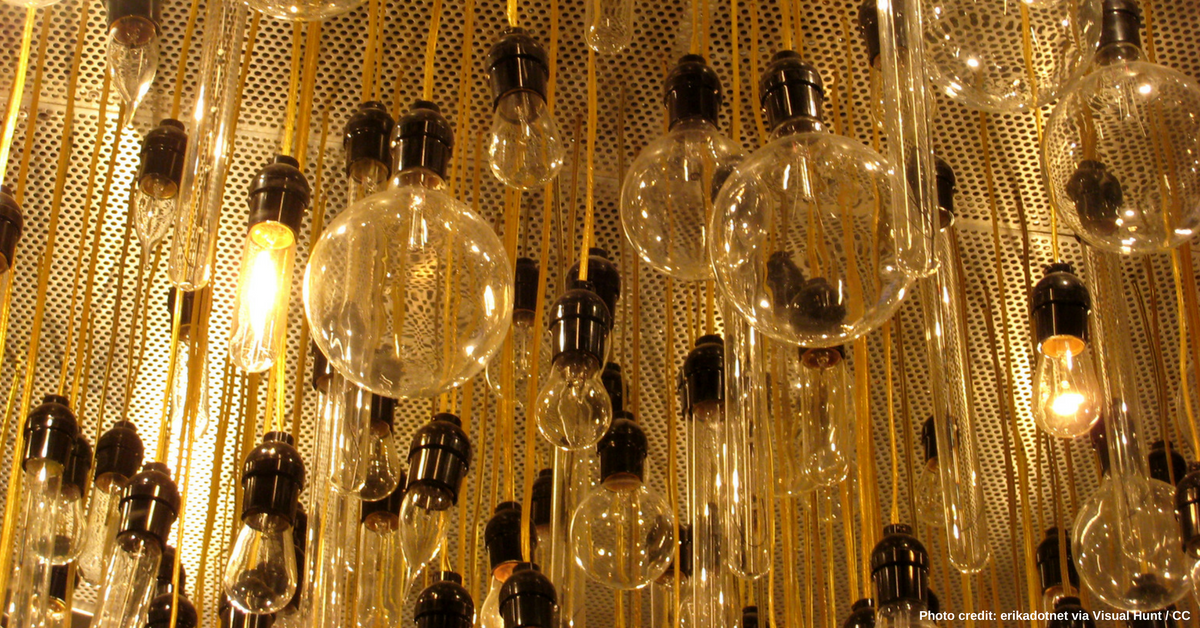 That’s why at The Grayson School, failure is embraced and celebrated as a fundamental, foundational opportunity for learning and growth, and opportunities for failure are intentionally planned into the curriculum.

In fact, Grayson’s Director of Project-Based Learning, Allyson O’Rourke-Barrett, created a lesson plan intentionally designed to include failure at the conclusion of Mission to Mars, a unit about space travel.

At the beginning of the Mission to Mars unit, students constructed space station and and mission control spaces for multiple positions such as Medical Officer, Communications Officer, Remote Robotics Specialist, etc., and all students rotated through each role to ensure that they clearly understood their jobs. Once the students had demonstrated knowledge of their station duties, O’Rourke-Barrett launched phase 2 of the unit, without telling the students: Failure Week. Students rotated through the same sites a second time — unaware that their instructor had engineered failures into their daily tasks, from communications failures to extravehicular rescues of broken robotics equipment.

“After working through the stations successfully, and then again with lots of missteps, I asked each student to write a reflection piece about their experiences,” O’Rourke-Barrett says. “They started out really hating it, but by the end of the day they started to come around.  I remember one kid yelling, ‘YES! I FAILED ANOTHER THING!’”

Her students began to see that by working through failures rather than surrendering to them, they gained experience, and that changing their approach and thinking flexibly to solve problems is part of the journey leading to triumph.

Crucially, for the lesson to truly sink in, students must not only encounter failure in science class; if the only place students encounter failure regularly is in a lab, they can develop a kind of intellectual “tunnel vision,” inferring that failure only belongs in science.  Because the culture of school in which every student is immersed involves their striving for the highest grades they can get, aiming for the best possible test scores — ideally earning that epitome of academic perfection, the elusive “A” — the only way to truly encourage risk-taking and intellectual adventuresomeness is to make failure a part of the culture of the entire school, across all courses and in all grades.

Learning How to Fail Teaches Children How to Succeed

In her NPR health news story, “How To Teach Children That Failure Is The Secret To Success,” writer Tara Haelle takes a close look at the research. She describes recent work by Kyla Haimovitz, another Stanford psychology professor and Dweck to learn how parents’ reactions to failure affect their children’s perspectives on intellect. Haelle quotes Haimovitz as saying, “Parents are a really critical force in child development when you think about how motivation and mindsets develop. Parents have this powerful effect really early on and throughout childhood to send messages about what is failure, how to respond to it.”

If you ask a child if she likes math or art, and you may get the standard “I’m not good at it” reply. Does she answer this way because she believes that she isn’t competent, or because she has little interest in the subject?

While it may be a little of both, Haimovitz suggests that when parents demonstrate their view that failure is part of learning, or support a child’s efforts in trying something that is new or hard, the child will not place limits on his or her own ability. In fact, encouraging a child to decode an unfamiliar process and work through failures can teach resiliency and problem-solving techniques, life skills perhaps more important to self-esteem than getting an answer correct on the first try.

Another study, by researchers at Teachers College, Columbia University and the University of Washington, How Teens Benefit From Reading About the Struggles of Scientists, reinforces this point. Teenagers were asked to read one of three types of success stories about eminent scientists (Albert Einstein, Marie Curie, and Michael Faraday). One narrative illustrated struggles they experiences in their personal lives; another described challenges in their scientific careers. The last set of stories highlighted their most famous successes with little or no mention of obstacles.

The results were compelling: the high school students who read the “struggle stories” improved their performance in science class following the experiment, while the students who read success-only stories did not. The effect was magnified for low-performing students, in fact, emphasizing the value of finding role models through biographies. In this study, learning that being a successful scientist had little to do with just being “good in science,” and more to do with developing strong problem-solving skills. The stories of triumph after setbacks and difficulty demonstrated concretely to the students that struggle can be a positive experience.

“The takeaway is that when your child is struggling on something or has setbacks, don’t focus on their abilities, focus on what they can learn from it,” said Haimovitz to Haelle. “Ask a child: ‘How can you use this as a jumping-off point?’”