Chasing wonder is not so simple

This year, a group of Upper School students enrolled in a full-year history course called The Modern History of Water. It might seem counterintuitive for some of our oldest students to be spending an entire year deconstructing something so simple before matriculating to institutions of higher learning: surely there are more complex subjects these critical thinkers are ready to tackle?

Surprisingly, the answer is no: water is, in fact, a more-than-sufficiently-complex topic for an entire year of exploration. And the reasons why are directly related to what we know to be true about gifted children and the best ways to teach them and engage them in deep dives (forgive the pun) on intellectual topics.

If there is magic on this planet, it is contained in water.
— Loren Eiseley, American anthropologist

There is a substantial difference between knowledge and thinking, but a hefty dose of the former makes high-level products of the latter possible. To teach critical thinking, having students ponder the multifarious implications of facts requires knowing facts. Happily, one of the things at which many gifted children excel is the rapid accumulation of information; generally speaking, they are voracious consumers of facts of all kinds (often focused on highly specialized fields), right from the beginnings of their lives. Any parent of a gifted child knows far more than they might want to about dinosaurs, for example, or the periodic table, or bacteria, or words that end in -ologist, or species of insects, or the Korean War, etc. — sometimes a child’s special interest shifts every few months or years. Their parents dutifully follow, becoming experts anew in an entirely different area of knowledge.

This instinctual agglomeration of facts — and the intrinsic drive to seek out more and more of them — is a characteristic of gifted children. As a part of optimal intellectual development, students must make an important shift from the collecting of information to the connecting of information, and from there to the potential implications of these connections. This earlier shift from concrete to abstract thinking is one of the hallmarks of gifted children. Taking full advantage of that capability is one of the primary responsibilities of those educators who work with them to teach and develop deep, complex, critical thinking.

To have faith is to trust yourself to the water. When you swim, you don’t grab hold of the water, because if you do, you will sink and drown. Instead, you relax, and float.
— Alan Watts, British writer, theologian, and early popularizer of Buddhism in the West

A year-long engagement with water requires a school or classroom culture of relentless curiosity; their enthusiastic participation is reflective of a leap of faith, a willingness to wade into intellectual murk. Many gifted students have had what might be euphemistically called “negative educational experiences” prior to coming to Grayson, and it’s not uncommon for such ordeals to have left behind academic “scar tissue” including a lack of trust for teachers, administrators, and other adults who putatively have their best interests at heart but do not seem to actually follow through on promises to help them learn and grow. In that circumstance, a student is understandably not ready to go out on an intellectual limb to explore weird-sounding ideas, much less to do so out loud in full view of new classmates and an unfamiliar teacher. 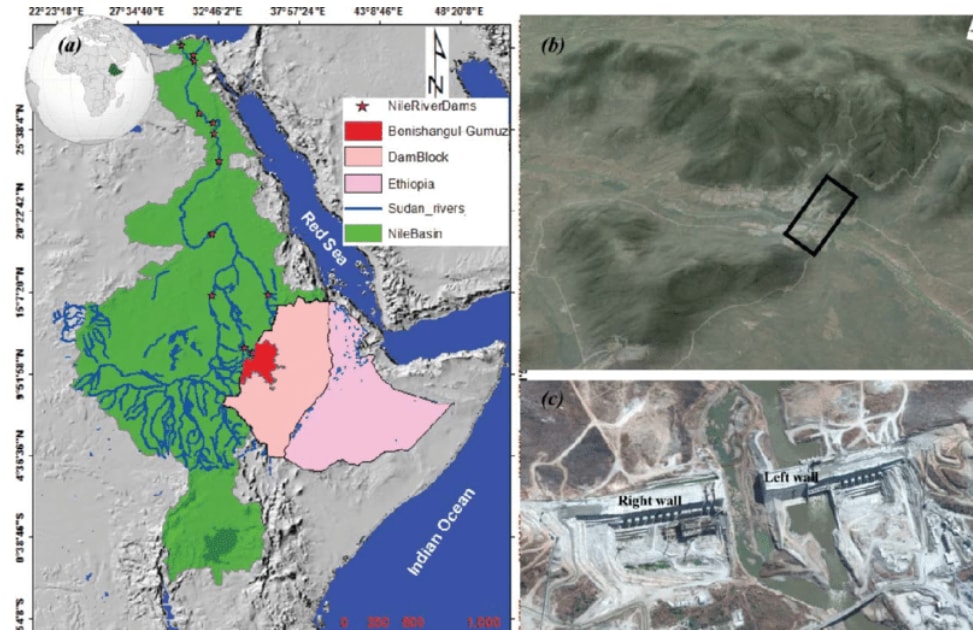 As our students engaged in a debate simulation about water sovereignty rights in the Nile Basin, there was a military coup in Sudan: General Abdel Fattah al-Burhan seized power, dissolved the government, declared a state of emergency, and arrested Prime Minister Abdalla Hamdok. The following Monday, the student representing Sudan pointed out that Sudan’s already-limited willingness to negotiate their water rights had all but disappeared, given recent events. Accordingly, Ms. O shifts their attention to the following questions: How will the 2021 military coup in Sudan impact the filling of the GERD reservoir? — in 1 year? 5 years? 10 years? While real-time geopolitical events in curriculum is a balancing act, the complexity of current events provides opportunity to teach critical thinking.

A student willing to wrestle with slippery concepts with vast socio-historical underpinnings and to energetically joust day after day with classmates (and their instructor) is a student whose thinking is unfettered and eager, and whose ability to experiment in a kind of cerebral juggling act is powered by trust.

In fact, this teacher thinks so highly of their intellect and ability to analyze high-level material that she seems to keep giving them more and more of it: raising the bar to such a high level implies that at least the teacher believes you can clear it, after all, even if the last few inches are very, very difficult, indeed. But in the company of other students who are also trying (and sometimes failing and trying again) to clear that very high bar, the student begins to believe that the bar really is meant for them, no matter how high and no matter how implausible clearing it might have looked at the outset.

Crucially, also, water presents a genuinely existential crisis that the next generation must address urgently. Between climate change, rapid depletion of natural resources, and deep inequities between peoples across the globe, water increasingly cannot and must not be taken for granted. Gifted education pioneer Joe Renzulli posits that it is imperative for the well-being of society that the education of gifted children should prepare them to apply their powerhouse intellects in socially constructive contexts to benefit the world at large; the coming water crisis seems an ideal target at which to aim their considerable cognitive firepower (Renzulli, 2002).

While young gifted children may be prone to existential angst when pondering “big questions” about why we are here, what our purpose is, what is beyond death, etc., the main source of that anxiety is generally the distance between their ability to engage intellectually with the topic and their ability to process the emotions that their ideas provoke.

By the time they are ready to go to college, however, their emotional processing has had a substantial amount of time to catch up. Malthusian economics is never going to be a cheery topic, of course, but teenagers are far better equipped to engage with it intellectually than younger children: they are at the peak (so far) of their abstract thinking capabilities, amply armed with facts and background knowledge, and developmentally poised to look forward to the larger world, where they can make a genuine impact. In the right educational environment, there is no better time to shape them into engaged citizens of the world.

The best lesson we can teach gifted children, then, may be a simple one that they definitely understand when they are young, but which they may forget in the course of growing up: that the world is full of countless wonders you can discover if you are paying attention. Wonder is hardly a state of being one associates with the ostensible “cool” of teenagers, but it is a necessary component of keeping the gifted brain fed.

“Wonder is like a muscle,” according to Ms. O’Rourke-Barrett, creator of the curriculum for her Modern History of Water course; once you learn it, she explains, you can strengthen it through practice over time. It is also the crucial ingredient in the mind of a “lifelong learner”: while those studying for a class have an endpoint for their learning — a final exam, a due date for a paper — those who continue to be fiercely intellectually engaged in the world for the duration of their lives fundamentally see the world through the lens of wonder, or in the words of Ms. O: “Let nothing go unconsidered!”

Ms. O shares a few notes on her course:

While what author Jamie Linton calls the “essential fecundity” of water has established and shaped all life on Earth, human understanding of, interaction with, and control over water itself have shifted and evolved over time. Even our simple and self-evident characterization of water as H2O does not represent the fundamental reality of water, but rather exists at the intersection of the “water process” and the “social process” of producing and representing scientific knowledge. What, then, defines this shifting force, this inspiration for countless avenues of human exploration, and this most abundant molecule on the surface of the Earth? Can history exist without water? How has technology radically shifted our relationship with water? How might we understand water as a multi-faceted concept rather than simply a source of contemporary scarcity and conflict?

CRITICAL THINKING IS CRITICAL FOR LIFE

Educators speak frequently about teaching critical thinking, but in the day-to-day educational career of a student in elementary through middle and high school, it may seem to students that “critical thinking” means spending time thinking about things far removed from their real lives, whether in space or time or meaning.

One of the best ways to teach critical thinking in “real life” is to show students something with which they feel very familiar and then reveal to them that the thing they think they know is actually quite different from what they thought they knew. It is an academic rabbit-out-of-a-hat trick that surprises them every time.

In essence, right before they leave the relatively sheltered nest of high school, they learn that maybe they don’t know everything. (!)

It is the perfect juncture for them to realize that maybe there is a lot more for them to learn — that things that may appear simple are often quite complicated and messy and need more untangling and deeper background knowledge than might seem necessary at first glance.

Best of all, they learn that lesson while examining something incredibly mundane — so much so that the very title of the course causes both adults and students alike to tilt their heads in puzzlement. (If we’ve been doing our job properly, after the head tilt, our students respond with wide eyes and leaning forward rather than knitting their brows in consternation — or worse yet, that staple of all-knowing teens everywhere: rolling their eyes). If there is this much depth and this much transdisciplinary thinking — and this much import! — in something so pedestrian, imagine how much there is to think about in the world around them!

There really is no better message to impart to them as they embark on the next leg of their intellectual journey: wonder, wonder, everywhere — and oh, so much to drink.