Ally O’Rourke-Barrett is Grayson’s Director of Project-Based Learning, a position which allows her to merge her love for interdisciplinary instruction with student-centered lessons.  She has her B.A. in English Language and Literature from Smith College and spent the summer prior to Grayson’s opening as a Fellow at the Belin-Blank International Center for Gifted Education and Talent Development.  In her capacity as a Fellow, Ms. O’Rourke-Barrett benefitted from studying under leaders in gifted Education research including Drs. Susan Assouline, Nicholas Colangelo, Megan Foley-Nipcon, and Laurie Croft.

In Grayson’s inaugural year, Ms. O’Rourke-Barrett spearheaded the Grayson in Space initiative, which included a collaboration with the International Space Station and a school-wide Mission to Mars simulation.  Additionally, she served as the faculty advisor for the SuperKNOWvas, Grayson’s Destination Imagination team, whom she led to first place at the state championship.  She also contributed to Grayson’s curriculum development during the licensure process.

Prior to Grayson, Ms. O’Rourke-Barrett taught history and English at the Pre-Collegiate Learning Center in East Brunswick, New Jersey.  Additionally, she spent two years as a teaching assistant with the University of Massachusetts-Amherst, where she supported a class called “History, Culture, and Spirituality of New Orleans”; as part of that course, she organized a disaster relief trip to Louisiana after Hurricane Katrina. She is fairly certain that she is the only member of the Grayson team who has been a licensed roofer with 500 hours under her (tool)belt.

Ms. O’Rourke-Barrett lives in Yardley, which means she drives 88 miles every day to be able to spend her days at Grayson with gifted children. She prefers that her students call her “Ms. O” because her classroom is too busy with activities to wait for them to finish saying her entire surname.  This year she can be found trying to solve mysteries or building some robots.

Follow
The Grayson School admits students of any race, color, national and ethnic origin to all the rights, privileges, programs, and activities generally accorded or made available to students at the school. It does not discriminate on the basis of race, color, national and ethnic origin in administration of its educational policies, admissions policies, scholarship and loan programs, and athletic and other school-administered programs. 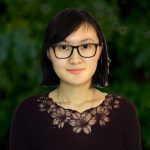