Annie Connolly-Sporing joined the Grayson team in 2020 to teach science, including courses such as apiology. She holds a B.S. with Honors in from Haverford College, in Chemistry with a concentration in biochemistry, as well as certification from the American Chemical Society. While at Haverford, she was a recipient of a William Hartzell Trust Scholarship, awarded to students showing “unusually high promise of future distinction.”

Ms. Connolly-Sporing’s thesis research was titled “Studies toward the CRISPR-Cas9 mediated knockdown of four β-octopamine receptors in the western honey bee (Apis mellifera),” which involved alteration of the four genes related to appetite suppression in honeybees. This research was a pilot experiment of a larger study which would attempt to scale up this work, followed by a series of behavioral assays, with the goal of publication in an academic journal.

At Grayson, she is focused on providing every student with an intentional, personalized, and engaging education that challenges them to stretch their capabilities. She also believes it is important for science as a whole to include larger discussions of representation and identity, and wants her students to think critically about science beyond reactions, compounds, and the biological building blocks of life.

She grew up on the east end of Long Island with her family’s semi-loveable dog Buttons, and a 12 year-old, albino, one-eyed carnival goldfish named Flush. Today, she lives with “pets” Eddie, Bettie, and Freddie; while they are moss balls (and therefore non-sentient aquatic plants), she feels that she is responsibly working her way up to “traditional” pets after a disappointing track record with fish. 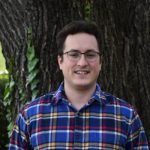 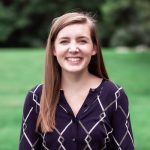