Colin Tinsman joined the Grayson team in 2020 as a Physics, Math, and Computer Science instructor after earning his Ph.D. in Applied Physics at the University of Michigan. While pursuing his degree, he was honored with a Rackham Predoctoral Fellowship, which recognizes dissertations which are unusually creative, ambitious and impactful. His thesis project involved designing a new type of thermometer for use at temperatures very close to absolute zero, and allowed him to work with the strongest (DC) magnet in the world, the Hybrid Magnet at the National High Magnetic Field Laboratory in Tallahassee, FL. He also holds Bachelor’s degrees in Mathematics and Physics from Lafayette College.

Dr. Tinsman has published several articles on physics, on topics including quantum oscillations of electrical resistivity; two-dimensional Fermi surfaces (both in Science magazine); and how magnetic fields change the flow of heat through bismuth, which is his favorite element. He has also presented at a meeting of the American Physical Society on the field-dependent thermal conductivity of strontium copper borate, a study supported by the Office of Naval Research.

His experience in teaching physics, astronomy, and mathematics at the college level makes him especially well-prepared to engage our students and feed their many scientific passions. He is particularly interested in demonstrating the interdisciplinary links between physics and mathematics, as well as putting physics in context with experiments, individual research projects, and simulations.

Outside of school, Dr. Tinsman’s interests include pen-and-paper RPG games (like Dungeons & Dragons), and he is planning to pursue a ham radio license. While he will no doubt miss wolverine country, he is happy to have returned to the Philadelphia area, where he grew up. 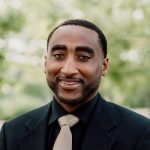 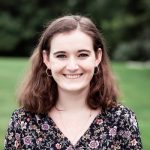