Paul “Mac” McDermott relocated to teach at Grayson from Northern Virginia, where he taught the International Baccalaureate Program for Primary Years curriculum to fifth graders. While at Randolph Elementary, he had a variety of roles: schoolwide lead social studies teacher; lead science teacher for all of fifth grade; and member of the school’s Technology Committee. His teaching style relies heavily on the use of hands-on projects — from making sorbet with liquid nitrogen to creating a cloud chamber inside an aquarium — because he feels strongly that students learn best when they are working and experimenting together.

Prior to his work at Randolph, Mac taught for a decade at Lorton Station Elementary School in the highly-rated Fairfax County Schools, where he taught gifted and talented fifth-graders. His curriculum at Lorton Station included trebuchet tosses, water-powered rockets, geocaching, atlatl (spear-thrower) competitions, and a global awareness technology contest. Not limited to innovative STEM lessons, his students also enjoyed imaginative and engaging humanities studies, including designing and running ancient Roman and Greek feasts, a medieval fair, a beat poetry café, and a Toastmasters competition.

Mac’s approach to teaching is both highly experiential and interdisciplinary, a method which allows gifted students to take advantage of their natural ability to make original and inventive connections between subjects. He especially emphasizes integrating arts and performance into his lessons, from art history and architecture to theater and visual arts. The same passion for dramatic arts that led him to participate in multiple film festivals also informed his direction of student productions of Shakespearean dramas, ancient Greek tragedies, and video documentaries.

As a lifelong artist and craftsman, he believes that humans evolved to make everything for themselves, and most modern humans miss out on so much because they no longer design and build things to solve problems and improve their lives. His students are used to thinking abstractly and creatively, so it is often surprising to them  when they attempt using tools to fabricate their designs and reality refuses to comply with their ideas.

Mac holds a Master’s degree in education from Temple University, where he also earned his B. A. in English with concentrations in literary and dramatic criticism. He has continued to pursue his own education through graduate coursework about teaching the gifted, acting and improvisation classes, and work in the DC-Arlington MakerSpace TechShop. He is also enrolled in a stick welding course at the North Montco Technical Career Center. In addition to his Elementary Education teaching certification, he also holds a state Advanced Academics Endorsement, an accreditation requiring graduate work focused on gifted education as well as a number of years of classroom experience teaching high ability students. 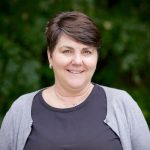