Ryan Seaberg joined Grayson in 2017 after extensive teaching experience in Latin and Classical Greek at the University of Minnesota, and a term as a guest researcher at the University of Freiberg in Germany. He feels that gifted students deserve, and benefit from, the challenges presented by classical languages, which are complex and detailed.

Dr. Seaberg defended in December 2019 and received his Ph.D. in Classical and Near Eastern Studies with a minor in Germanic Studies from the University of Minnesota. His doctoral research, “Lexical Blends in Greek and Latin Comedic Idiom” deals broadly with linguistics and lexicology in Greek and Latin comedy. He holds both a Master’s degree and a Bachelor’s degree in Classics from the University of Iowa where he also taught.

Additionally, Dr. Seaburg is a published author whose scholarly work on the Greek comic playwright Cratinus offers a translation and commentary on 205 of the author’s 514 known fragments and dubia. He has presented professionally at a Classics conference in Murano, Italy.

Dr. Seaberg’s own linguistic pursuits are an excellent model for how students can channel and immerse themselves in an intellectual passion, as he has mastered a truly remarkable repertoire of languages: in addition to Greek and Latin, he knows French, German, Old Norse, Middle High German, Gothic, Old Saxon, Middle Dutch, Czech, and Portuguese. 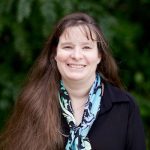 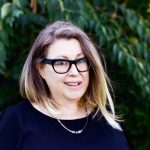